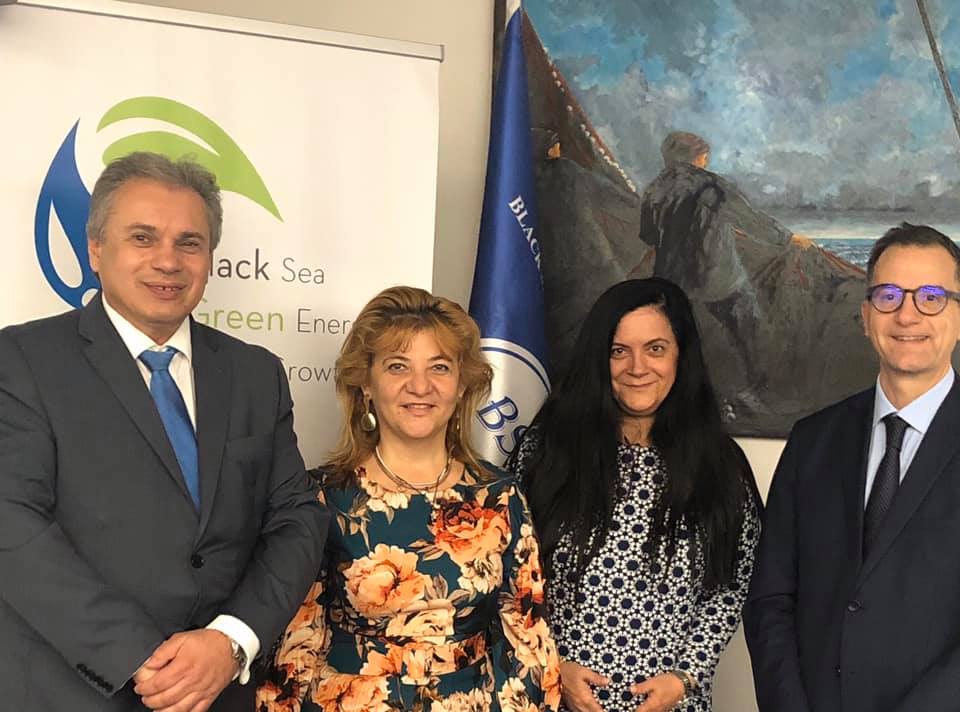 09 Dec BSEC (Black Sea Economic Cooperation) Joint Meeting of the Working Groups on Culture and on Cooperation in Tourism in Istanbul – Vasilis Stathakis, Founder & President of EHICA as one of the Keynote speakers – Meeting with the Executive Secretary of the Council Europe, Stefano Dominioni about the forthcoming Forum of Cultural Routes to be held 7-9 October 2020 in Chania, Crete (26.11.2019)

A joint meeting under the Hellenic Presidency of the BSEC Working Groups on Culture and on Cooperation in Tourism was held on Tuesday 26.11.2019 in Istanbul with invited representatives from BSEC Member States.

The Greek delegation had representatives from the Hellenic Ministries of Tourism, Culture, and Sports, and for the first time the Founder and President of EHICA, Vasilis Stathakis, was invited as one of the key note speakers.

The Hellenic Ministry of Tourism was represented by Secretary-General of Tourism Costas Loulis, the Head of the General Directorate of Tourism Policy, Panagiota Dionysopoulou, George Kakoutis, from the Directorate of Strategic Planning, Dept. of International &EU Affairs and from UNWTO Nikolaos Golfinopoulos participated. The meeting was chaired by Mrs. Dionysopoulou.

The meeting focused on ways, methods, synergies and actions aimed at enhancing tourism through partnerships.

In this context, Vasilis Stathakis, Founder and President of EHICA presented the activities of the European Historic Cafes Association, officially announcing forthcoming cooperation with Turkey, after the Historic Cafe “Pera Palace”  becoming the newest member of the Association. Mr. Stathakis spoke extensively of the importance of the 10th International Advisory Forum “Cultural Routes” of the Council of Europe, which will be held in Chania 7-9 October 2020. He also spoke about the new “Cultural Route” under the name “Historic Cafes Route” which is being prepared and aims to have certification by the Council of Europe. He also stressed out the importance of synergies as a boost to cultural tourism and cultural entrepreneurship.

“It is a common belief that visitors, tourists, are now looking for new challenges, alternative ways of amusing and entertaining. Thematic tourism is also on the rise. In this context, the Cultural Route “Historic Cafes Route” aspires to open new perspectives and opportunities in tourism. Historic Cafes are a great example of cultural entrepreneurship!

It is worth noting that the Council of Europe’s Cultural Routes are excellent touristic proposals and it has been proven in practice that these “Routes” can help further the cultural, touristic and of course the economic development of a city.”, said Mr. Stathakis

Mr. Stathakis also had a meeting with the Executive Secretary of the Council of Europe Stefano Dominioni, who was also a guest speaker at the BSEC meeting. At the meeting the representative of the Hellenic Ministry of Culture & Sports, Mrs. Marianthi Anastasiadou was also present. There they mentioned several organizational details of the important 2020 Forum to be hosted in Chania.

Mr. Stathakis then had a meeting with Yiannis Dermitzoglou, Principal of the “Zografio Lyceion” in Istanbul, a school with a long history. 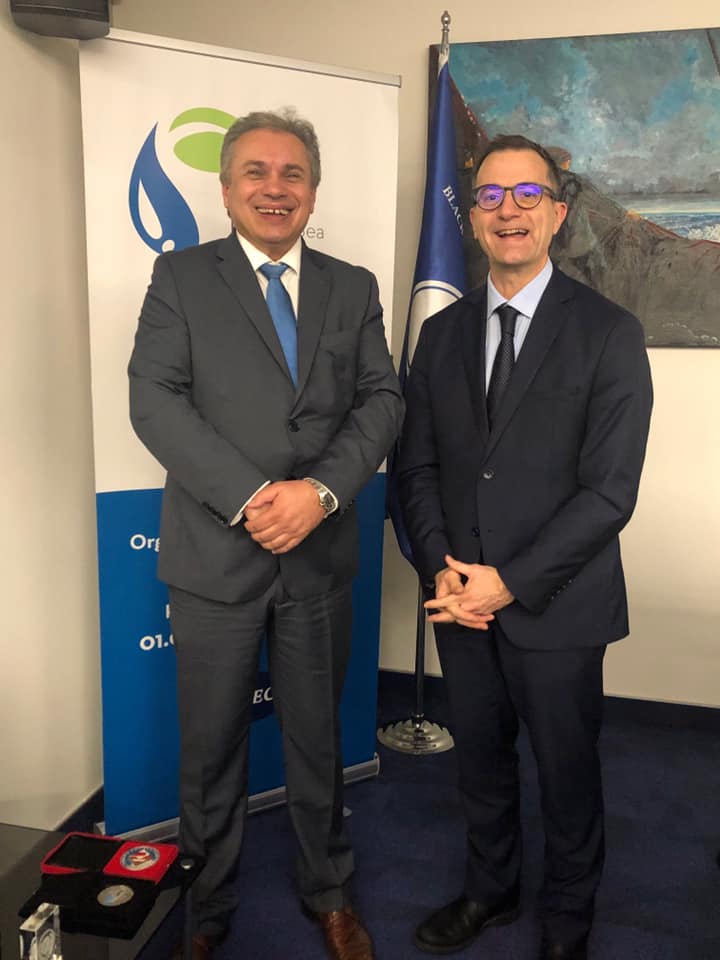 The executive secretary of the Council of Europe, Stefano Dominioni with Vasilis Stathakis, Founder and President of EHICA. 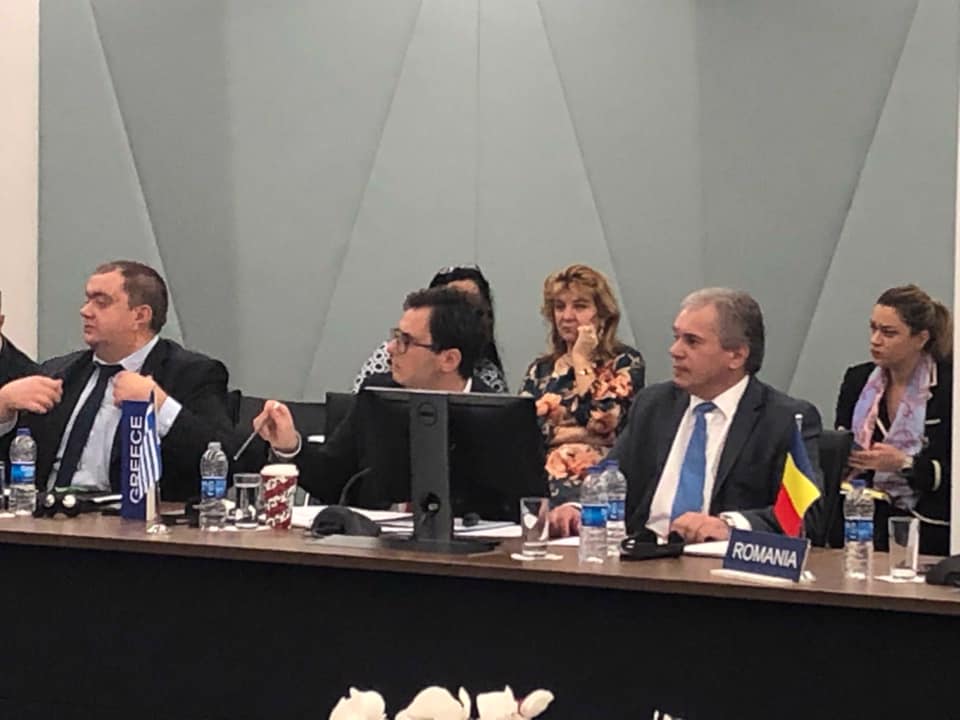 The Founder & President of EHICA, amongst the keynote speakers in BSEC – Istambul. 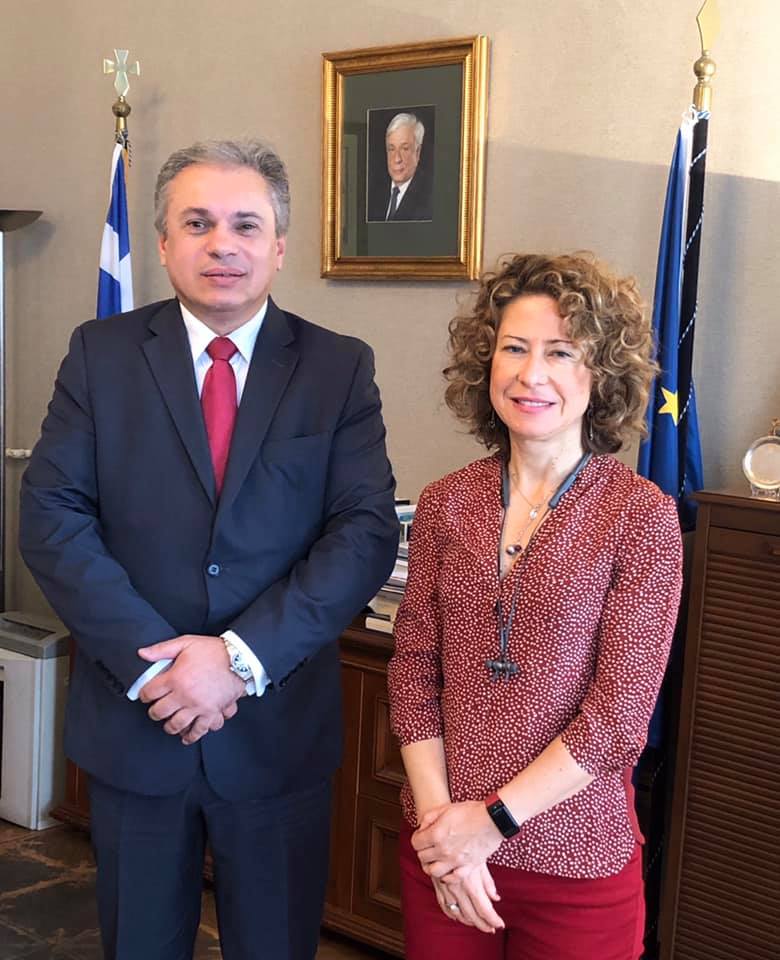 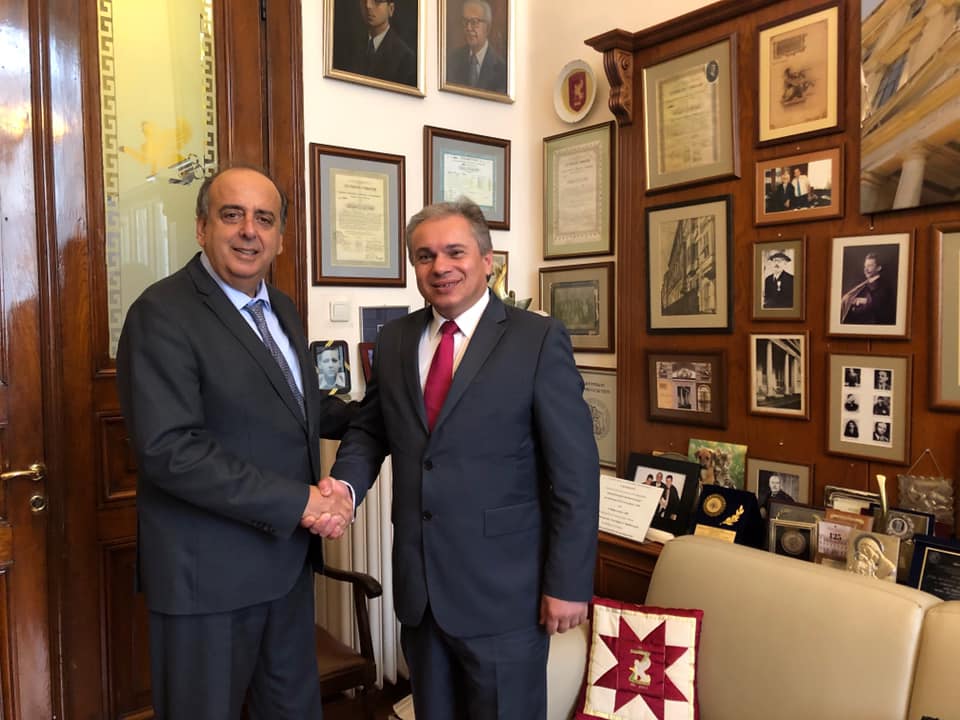