At the Cafe, she had a guided tour by the Founder and President of the European Historic Cafes Association (EHICA), Vasilis Stathakis and she was briefed extensively on the progress of EHICA and on the preparations for the 10th International Council of Europe’s “Cultural Routes” Annual Forum, which will be held in Chania 7-9 October 2020. The Forum will be under the auspice of the Hellenic Presidency, supported by the Hellenic Ministries of Culture and Sports, Education, Tourism and the GTO. Also, the Forum is co-funded by the Region of Crete, the Municipality of Chania and the EBEX and was an idea of EHICA’s President.
During her visit, Mrs. Patoulidou had the opportunity to learn all about the forum and the initiatives of EHICA, which now operates in 15 countries with 62 Historic Cafes – members.
Mr. Stathakis also briefed Mrs. Patoulidou on the new “Cultural Route” under the name “Historic Cafes Route” which is expected to receive a certification by the Council of Europe. Finally, Mr. Stathakis informed Mrs. Patoulidou about the proposals he made to the Executive Secretary of the Council of Europe, Mr. Stefano Dominioni, about the launching of an office – branch of  “Cultural Routes” in Chania, Crete, and the permanent holding of the Forum “Cultural Routes” in Chania. 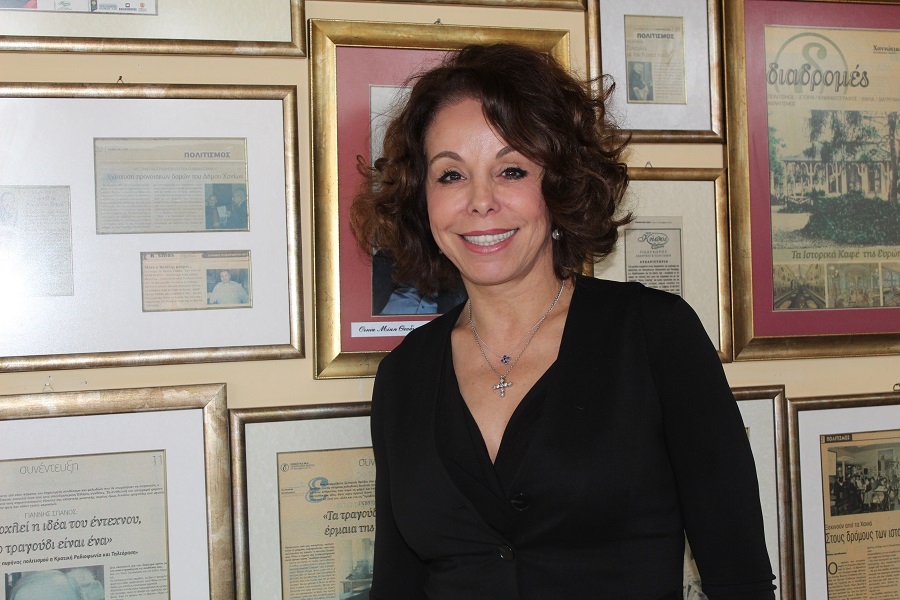