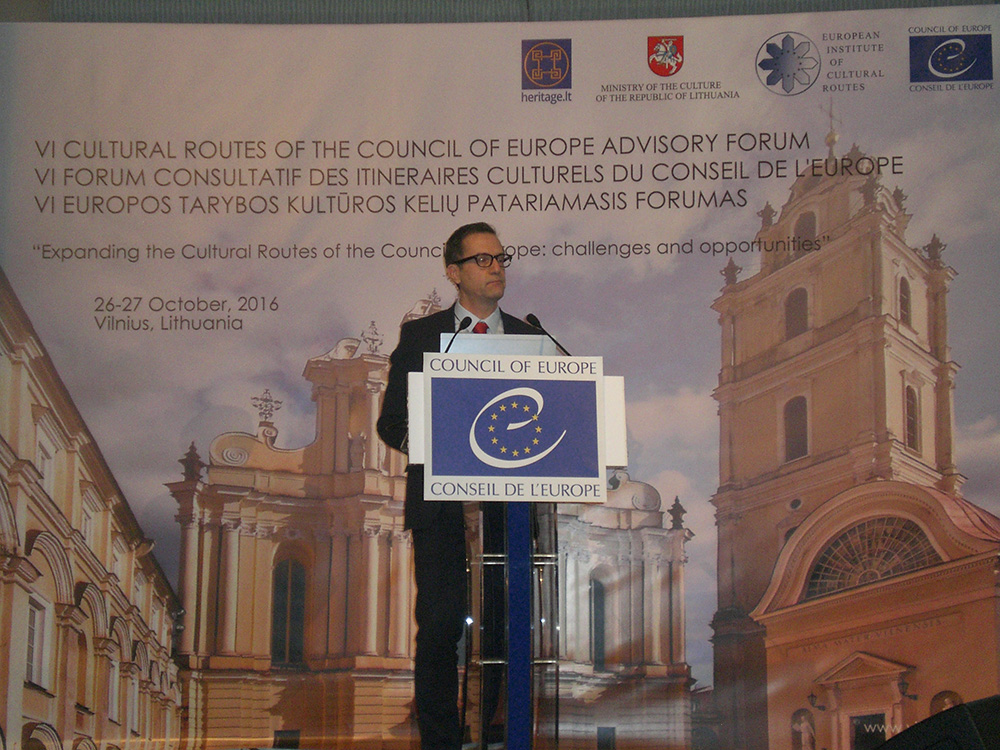 27 Oct Statement by Stefano Dominioni on the occasion of the participation of the European Historic Cafés Association, in the 6th Advisory Forum “Cultural Routes” of the Council of Europe, in the capital of Lithuania, Vilnius – 27.1O.2016

Posted at 17:55h in Statements by kipos

Among the attendees, we were very pleased to welcome the European Historic Cafés Association, a non-profit Association, aiming at encourage, protect and preserve the cultural, architectural and artistic heritage or the Historic Cafés, both at national and European level. The Association was represented by his President, Mr. Vassilis Stathakis and Mrs. Dimitra Dondorou, Communication and Press Officer. The Forum was the opportunity for the Association to meet managers of the Cultural Routes of the Council of Europe and professionals in the field and cultural tourism.

The Forum was attended by more than 200 participants from over 30 countries, representatives of the Council of Europe’s certified routes and candidate projects, representatives from EPA member states and Observers, international organisations (European Union, UNWTO, ICOMOS), NGOs, local and regional authorities, universities and professionals in the cultural tourism sector”.