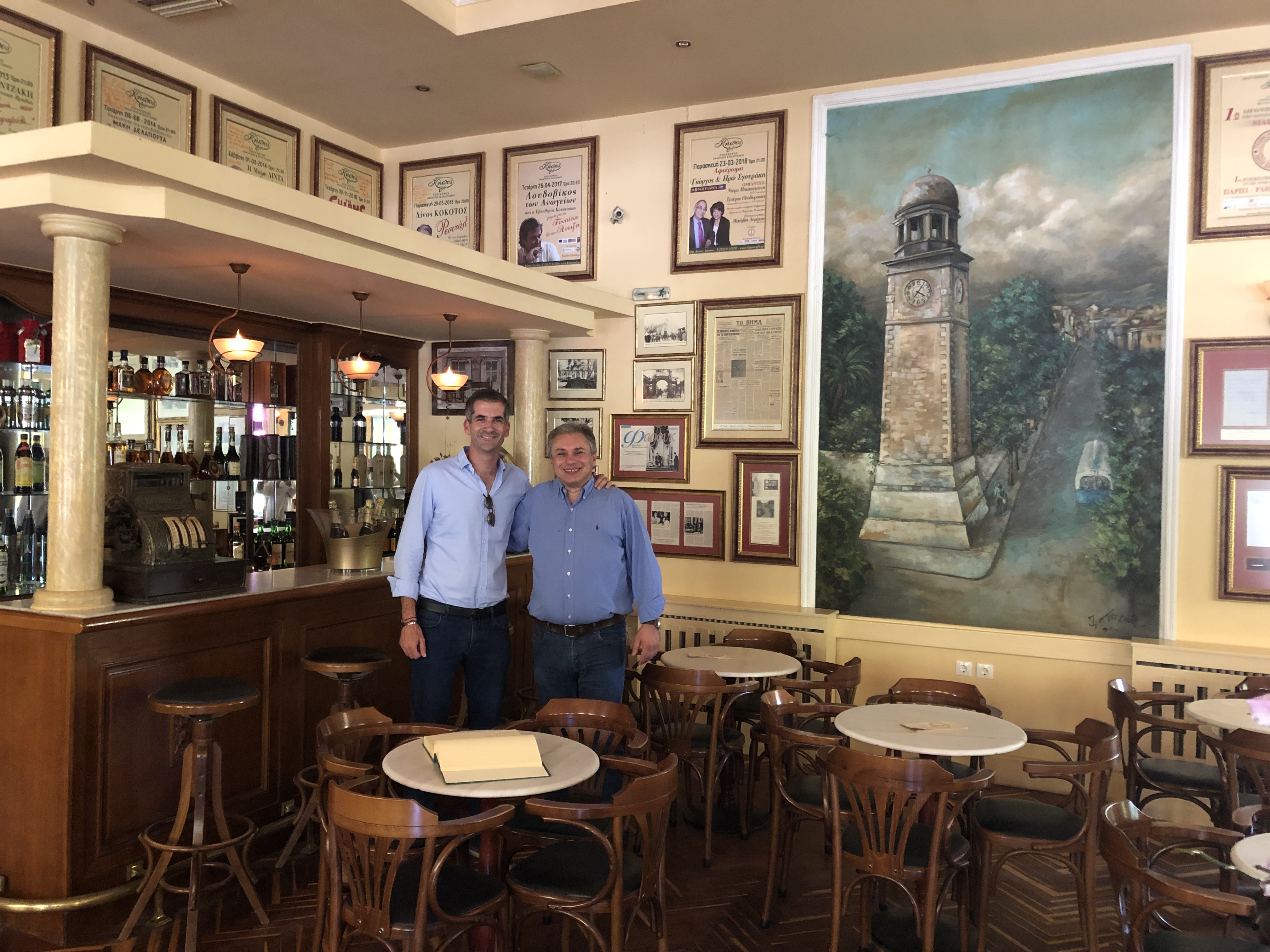 Τhe newly elected Mayor of Athens Kostas Bakoyannis visited the Historic Cafe “Kipos” on Wednesday 3 July 2019.
Τhe Founder & President of the European Historic Cafes Association (EHICA), Vasilis Stathakis, guided Mr. Bakoyannis who showed great interest in the history of Cafe “Kipos”, which was the inspiration for the creation of EHICA.

Mr. Bakoyannis asked to be informed about the initiatives of EHICA, which now extends to 12 countries and has 52 Historic Cafes – members!
Mr. Bakoyannis wanted to know the details on the new Cultural Route “Historic Cafes Route”, that EHICA aims to create in cooperation with the Hellenic Ministry of Culture & Sports and the Council of Europe’s Institute for Cultural Routes.
Mr. Bakoyannis was particularly interested in the course of the “Historic Cafes Route” and he promised that after the formal assumption of his duties, he would help in order to find Historic Cafes in Athens, to be part of the “Historic Cafe Route”. He also agreed with Mr. Stathakis on the importance of creating Municipalities maps pointing Historic Cafes, as they are undoubtedly the guardians of the intangible and tangible cultural heritage and a touristic attraction.
Mr. Bakoyannis also was briefed on the conduct of the 10th Annual International Advisory Forum “Cultural Routes” of the Council of Europe that will be held from 7 to 9 October 2020 in Chania, Crete, co-organized by the Council of Europe, The Hellenic Ministry of Culture and Sports, the Ministry of Tourism, the Greek Tourism Organization, the Region of Crete, the Municipality of Chania, the Chamber of Commerce and Industry of Chania and EHICA. It is worth noting that Mr. Bakoyannis, welcomed the invitation of Mr. Stathakis to attend the Forum.
The newly elected Mayor of Athens was also informed about the first celebration of the International Day of Historic Cafes, on April 8, 2020 as well as the celebrations that will take place in August 2020 on the occasion of the 150th anniversary of the Historic Cafe “Kipos”.
It is not the first time that Mr. Bakoyannis visits the Historic Cafe “Kipos”. The Mayor of Athens after the tour at the Cafe enjoyed traditional delights under the trees of “Kipo’s ” veranda!
Finally, Mr. Bakoyannis pointed out that “Cafe Kipos is exceptional” adding “I have not seen a Cafe like Kipos anywhere in Greece,” and he promised to be present at the events and initiatives of EHICA. 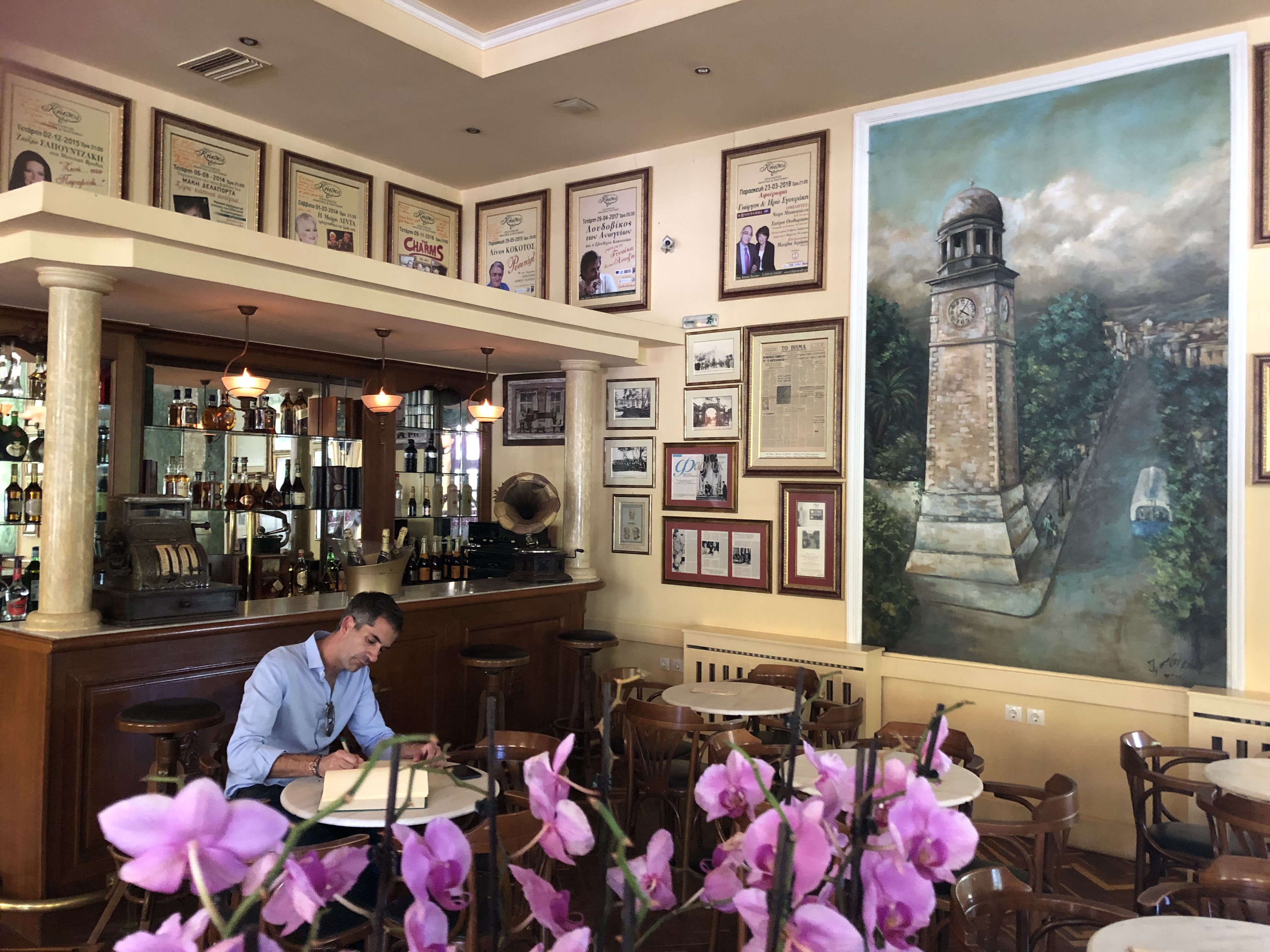 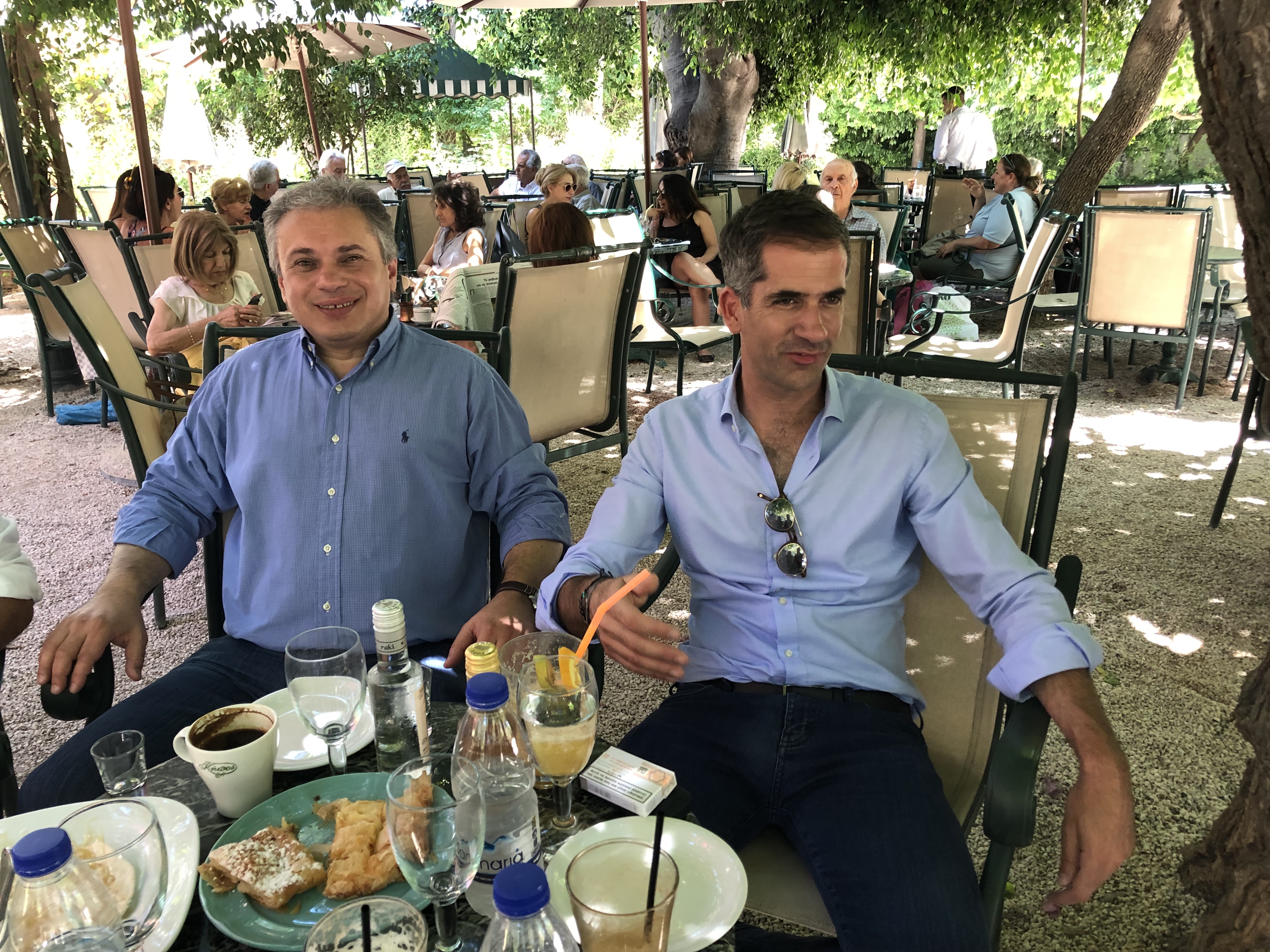