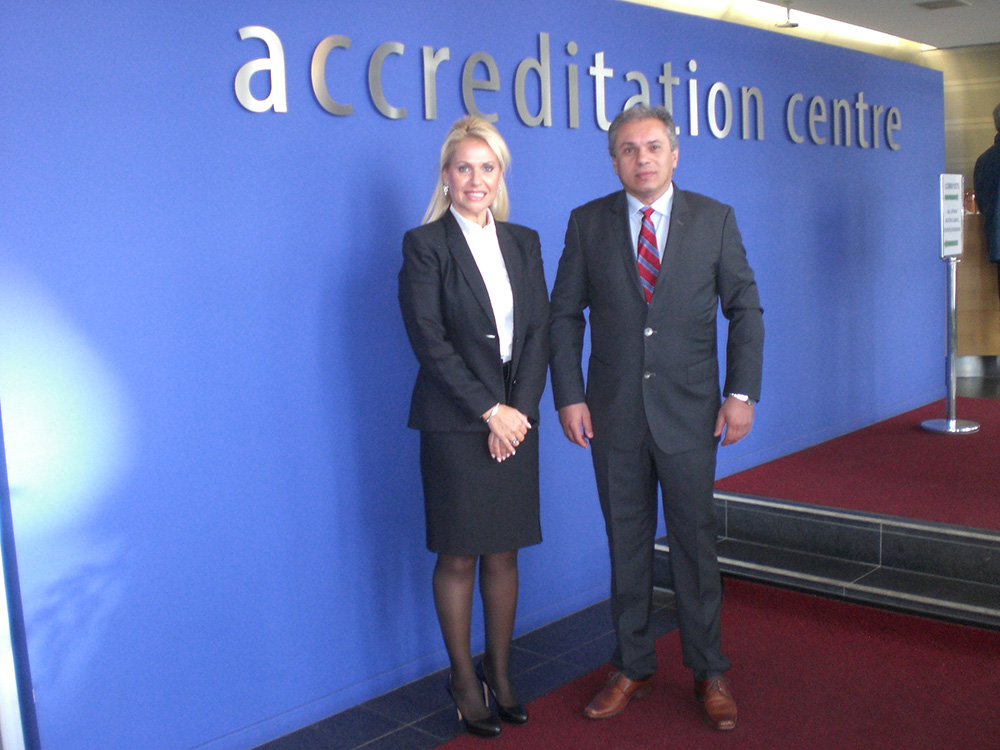 The trip to Brussels and Luxembourg was successfully completed on October 29 2016. The European Historic Cafés Association was represented by the President of the Board of Directors, Mr. Vassilis Stathakis, and the Communication Manager, Ms. Dimitra Dondorou.

The trip had as its main aim to further reinforce the communication of the Association’s actions and goals to different European Cultural Organizations, Greek MEPs, European friends and supporters of the Association’s action, as well as owners – representatives of historic cafés in these European capitals. Another subject of our planned meetings and discussions was the research, information and the ways of making good use of every opportunity for financing and encouragement by European organizations and subsidized programs that support cultural actions.

In this context, meetings were held, among others, with Mr. Dimitris Avramopoulos, Commissioner in the European Commission, Mr. Stefano Dominioni, Executive Secretary of the Enlarged Partial Agreement on “Cultural Routes” of the Council of Europe and Director of the European Institute of Cultural Routes, based in Luxembourg, while meetings with the Greek MEPs also took place:

Mr. Notis Marias, independent MEP, said “The European Historic Cafés Association is a unique opportunity to explore traditional European flavors and sensations, promoting each country’s culture and tradition, while enhancing the development of cultural tourism and boosting the local economy”.
Mr. Manolis Kefalogiannis, MEP and head of “Nea Dimocratia” group of MEPs stated that “Τhe foundation of the European Historic Cafés Association is an initiative which safeguards and promotes aspects of cultural heritage and history, which remain untapped to date, on a local, national and European level”.

Mrs Eliza Vozemberg, MEP of “Nea Dimocratia”, stated that “In the historic café “Kipos”, in Chania, Crete, tradition and quality are combined in a unique way, embracing the Greek culture that illuminates the European spirit. We Europeans are united in our diversity, a principle which is expressed through the presence and activity of cultural operators, such as the European Association of Historic Cafés, which builds bridges of cultural communication and development, through its mission.”

Mr. George Grammatikakis, MEP of “Potami”, said “A historic café is a memory of human routes and historic times, marking a whole city with its unique character. So it is not just nostalgia of the past. Instead, it seeks a better present. Because in these cafés, the so called historic, one could found the courtesy and respect, the high quality of coffee and food and the relaxation missing from today’s stressful and relentless routine. In this sense, the effort undertaken by one of the most beautiful cafés in Greece, “KIPOS”, in Chania, Crete, and its manager, Mr Vassilis Stathakis, is of multifaceted importance. In short, he seeks to unite the European historic cafés into a powerful association, which will bring them to the fore, highlighting, at the same time, their glorious moments in the past. The historic cafés need to stay there, untouchable by time. They are assigned the noble role of narrating moments from different nations and people’s lives, and highlighting the values of quality and aesthetics, in a Europe that seems to be tired.”

Also, Mr. Dimitris Papadimoulis, Vice- President of the European Parliament and MEP of “SYRIZA”, sent the following written statement, encouraging the mission of the Association: “The European Historic Cafés constitute an integral part of the process of culture cultivation, since these places allow dialogue to thrive. The artistic and cultural stimuli they promote, in conjunction with the spiritual recreation they offer, underline the fact that their mission deserves the support of us all.”

After a planned meeting at KKE’s office in Perissos, Mr. Konstantinos Papadakis, MEP of KKE, stated: “The purpose of our meeting with the European Historic Cafés Association on November 25, 2016, in the Central Committee building of KKE in Perissos, was to exchange views on issues related to food and drink services and the problems the historic cafés are facing, as well as the importance of the dissemination of our cultural heritage in these places. There was a mutual agreement on keeping each other updated, with a view to preserving these historical cafés.”

A written supporting statement by the MEP of “PASOK- ELIA”, Mr. Nikos Androulakis is, also, expected in the following days. Thus, our vision and desire for political support represented by all political parties were accomplished, ensuring the national, European – beyond party lines – identity of the European Historic Cafés Association.

We are grateful to all our partners for the warm welcome of the Association and its objectives, as well as for the cordial atmosphere during our significant meetings and discussions.

The process of informing all representatives of the Greek Delegation in the European Parliament has been completed by written communication, since, due to the limited duration of the trip to the Belgian capital and the prior commitments of the Greek MEPs, the organization of further meetings was not possible.

The promotion and dissemination of the pan-European identity of the European Historic Cafés Association are at the core of any targeted action, participation and communication of the Association.

In this context, the organization of the 1st European Meeting of the Historic Cafés – Members of the Association in Brussels in October 2017, with the support and participation of MEPs from as many European nations as possible, is a priority of paramount importance.